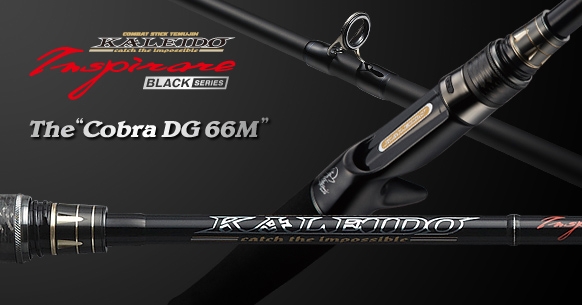 * This product has been discontinued.

Swing torque that blows up, extreme of middle class versatile.

The reason for this is that if a low-tapered rod with a slender low taper rod designed to handle lures of medium to light weight class that generates power by bending the whole rod is armed with 4 axes, it becomes too light and sharp, making it difficult to bend when cast. This leads to a decline in castability. Therefore, we decided to use a medium and low elasticity carbon material and wrap it thickly, instead of adopting 4 axes, and designed it to feel like a whip.

Furthermore, the guide is not completely semi-micro, and it is set in a direction that utilizes the weight of the guide itself. Dense graphite, thick low taper, and non-micro guide make the blank enough, creating swing torque that blows up powerfully when shaken, and getting the power to push out the lure like a bullet.

The bending of this blanks greatly contributes not only to the distance of the cast but also to the accuracy of the direction, and dramatically improves the castability of the lightweight lure. evolution. In addition, the lack of torque contributes to improved hooking performance. Now you can make the most of its power.

We are good at all single-hand cast spot shoot systems such as middle-sized crank baits, vibrations, spinner baits, top water, and chatter baits. -Cobra DG66M, the ultimate middle class versatile that covers long casts and even worming such as Texas rig swimming.